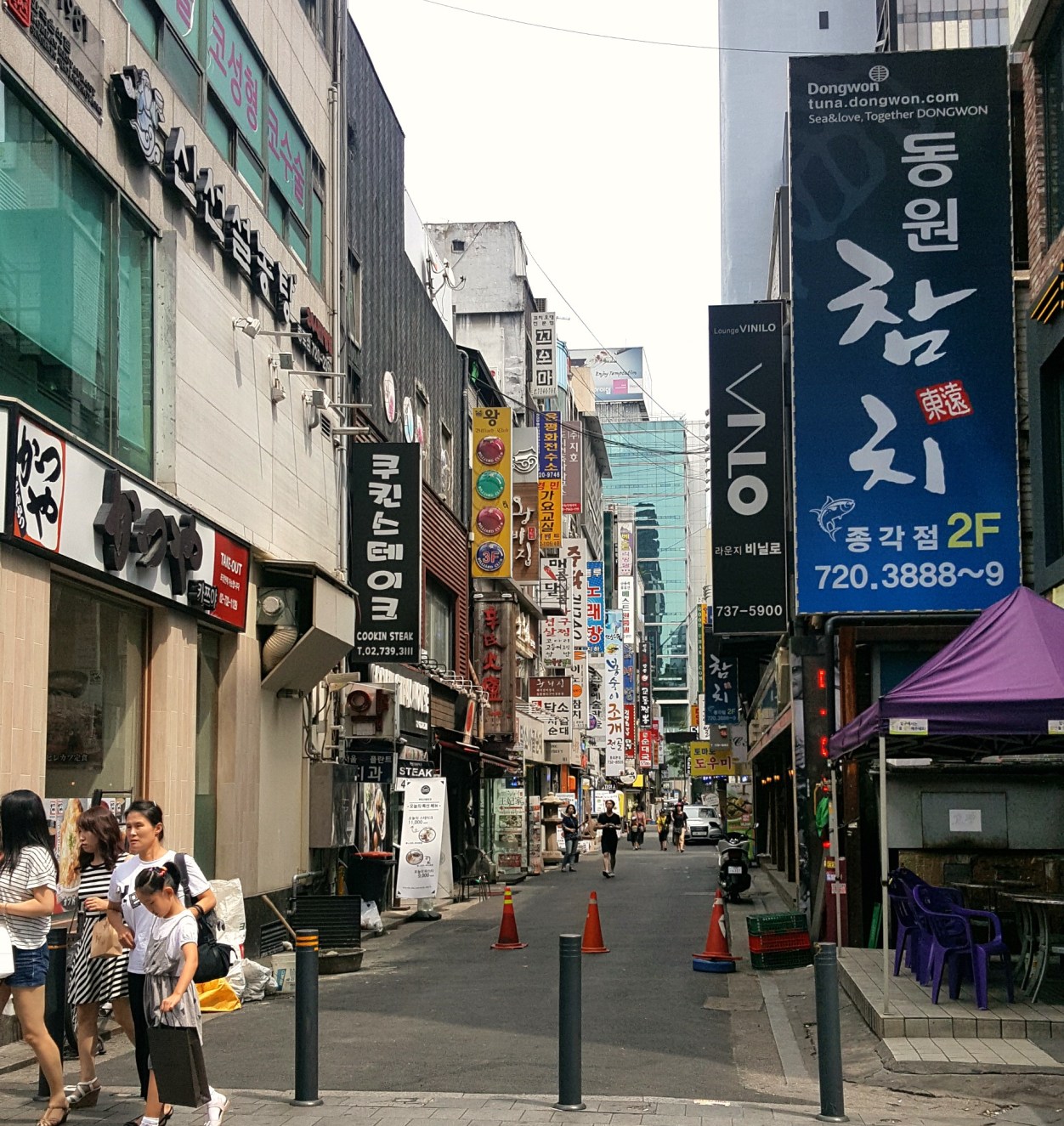 Our final stop was in Seoul, where we were graciously hosted by Mr. Kim, my brother’s wife’s father. With only two full days, we couldn’t see everything we wanted in Seoul, but here are the highlights from our short visit.

Ruby loved our previous cooking classes so much that we squeezed in one more. We shopped in an especially airy and clean market, then prepared the Korean dishes japchae and bulgogi. The cooking school was held in an apartment where we were surrounded by beautiful hand embroidery. As in our other cooking classes, we were encouraged to wear silly aprons and ate too much delicious food. 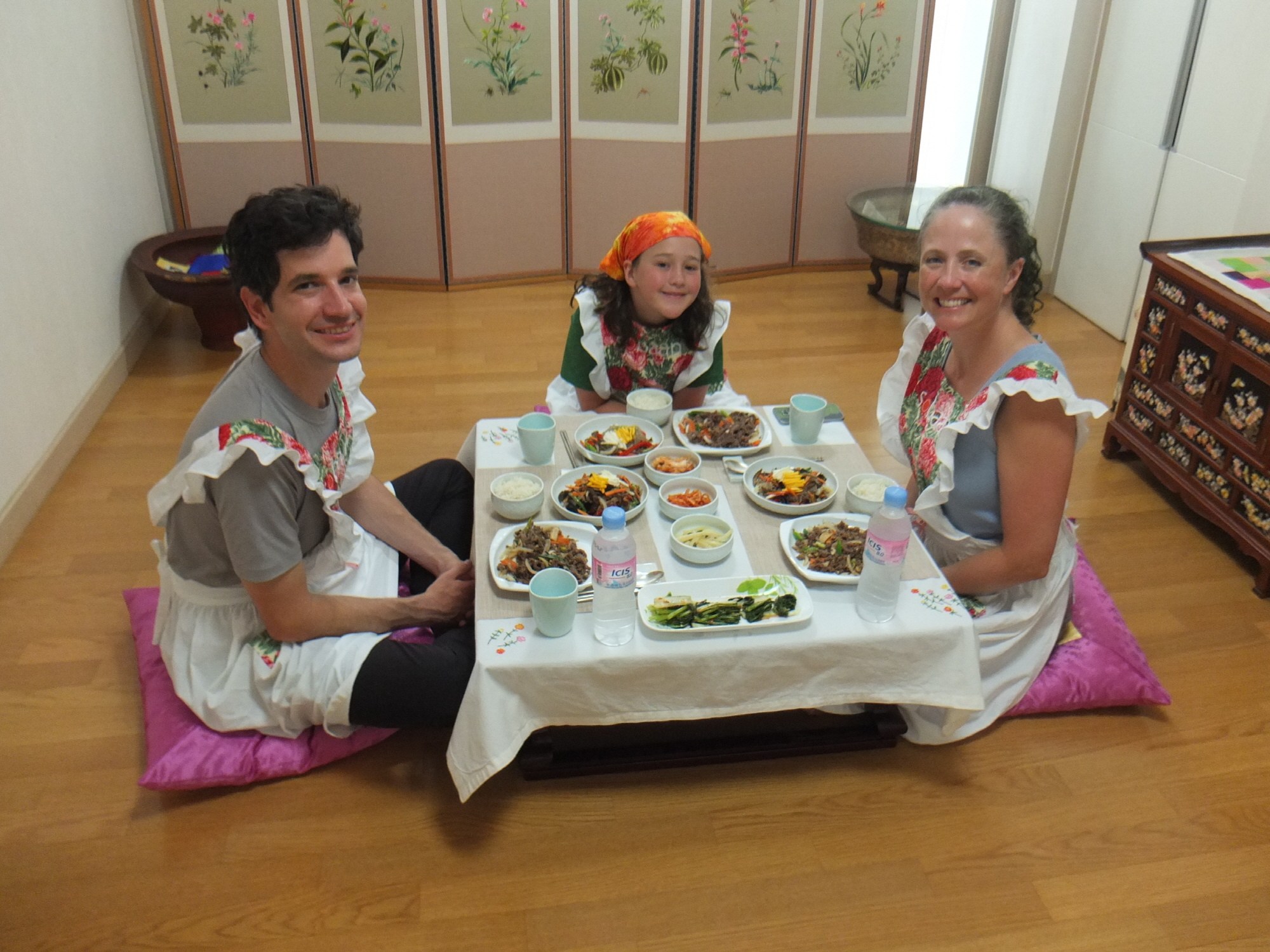 Us and our feast

At my sister-in-law Kyoo’s recommendation, we tried aÂ Korean dessert called patbingsoo. Traditionally, it’s made of finely shaved ice with red beans and condensed milk, but in recent years all kinds of variants have been created. We tried one that had mango and cheesecake pieces, and another with honeydew melon. It was tasty and similar to eating a giant ice cream sundae. 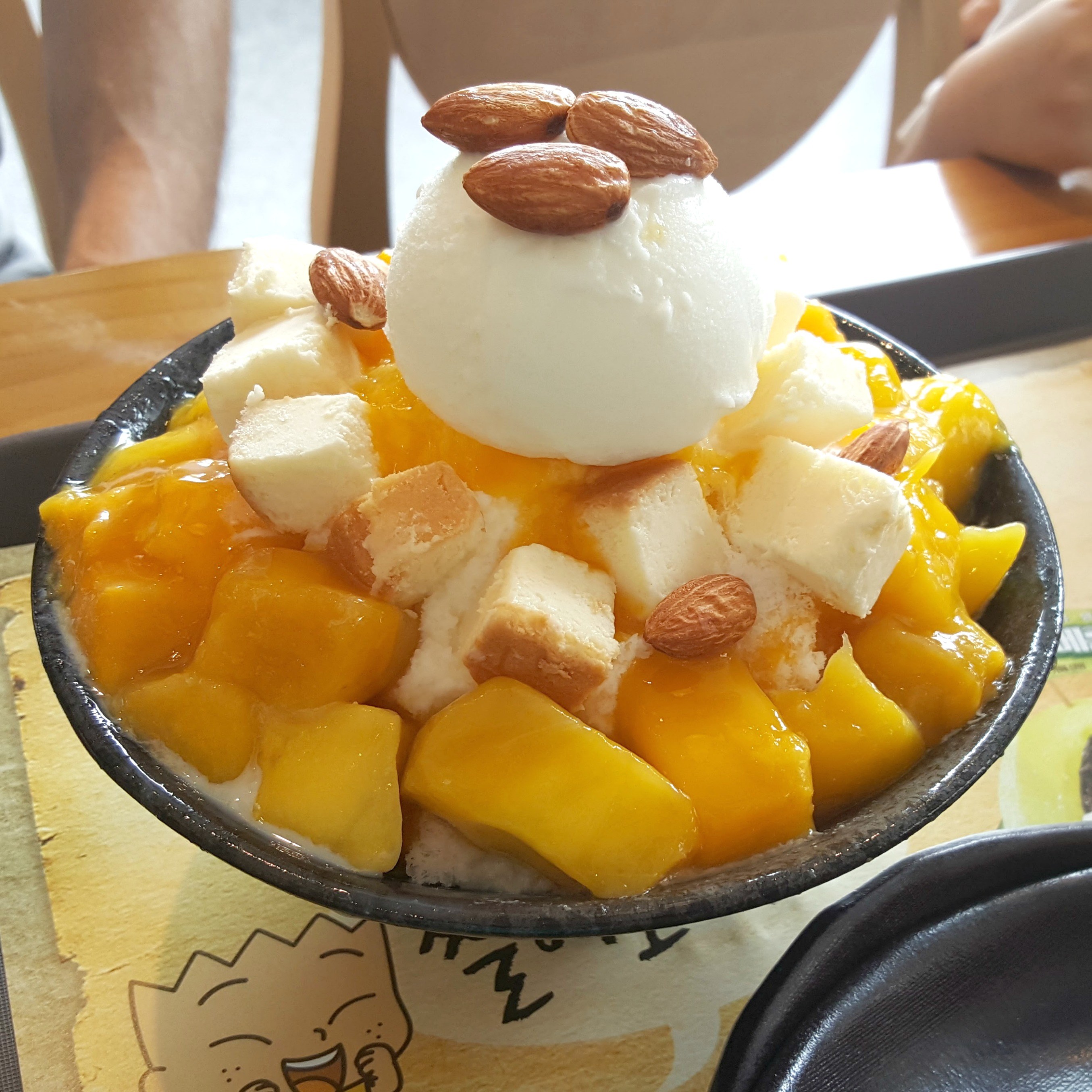 On our last afternoon, we let Ruby choose where to go. Her choices were Poopoo Land and Seoul’s Trick Eye Museum. Poopoo Land is just as hilarious as you might imagine: a small museum filled with model butts, fake poop, fart noises, and toilets. We knew what to expect from the Trick Eye Museum, since we visited one in Hong Kong, and we enjoyed taking crazy pictures (click over to our Trick Eye album to see all of them). 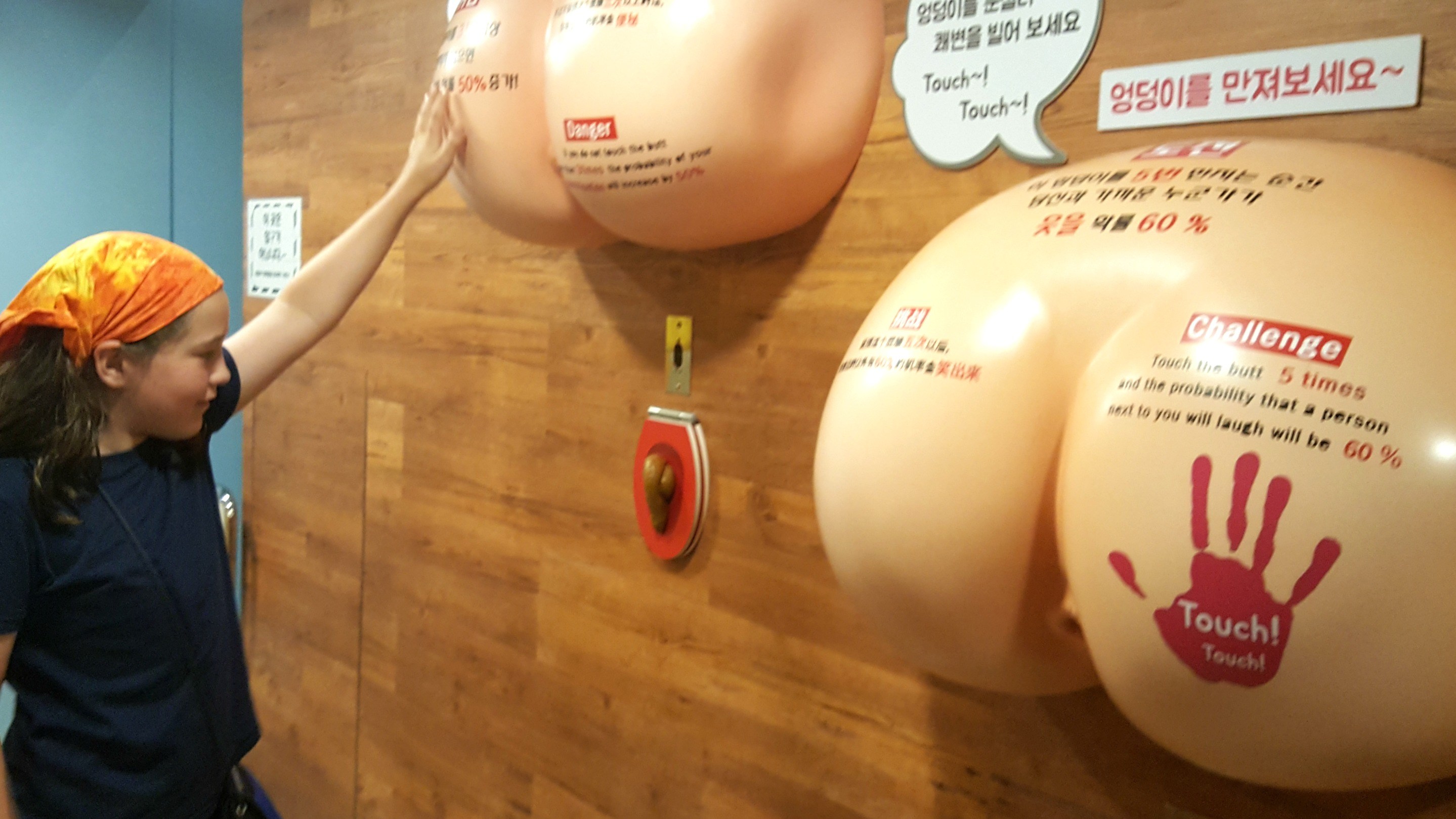 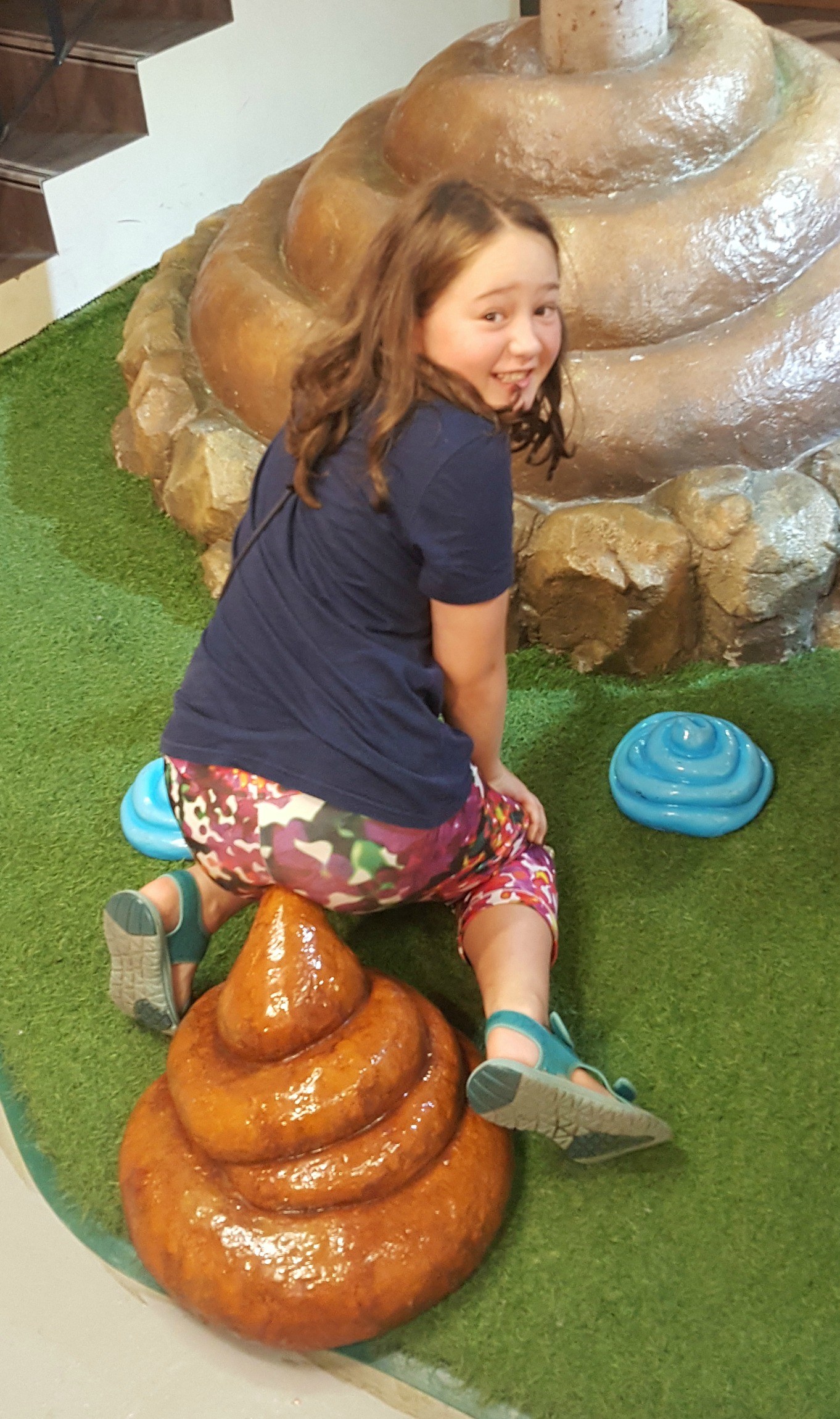 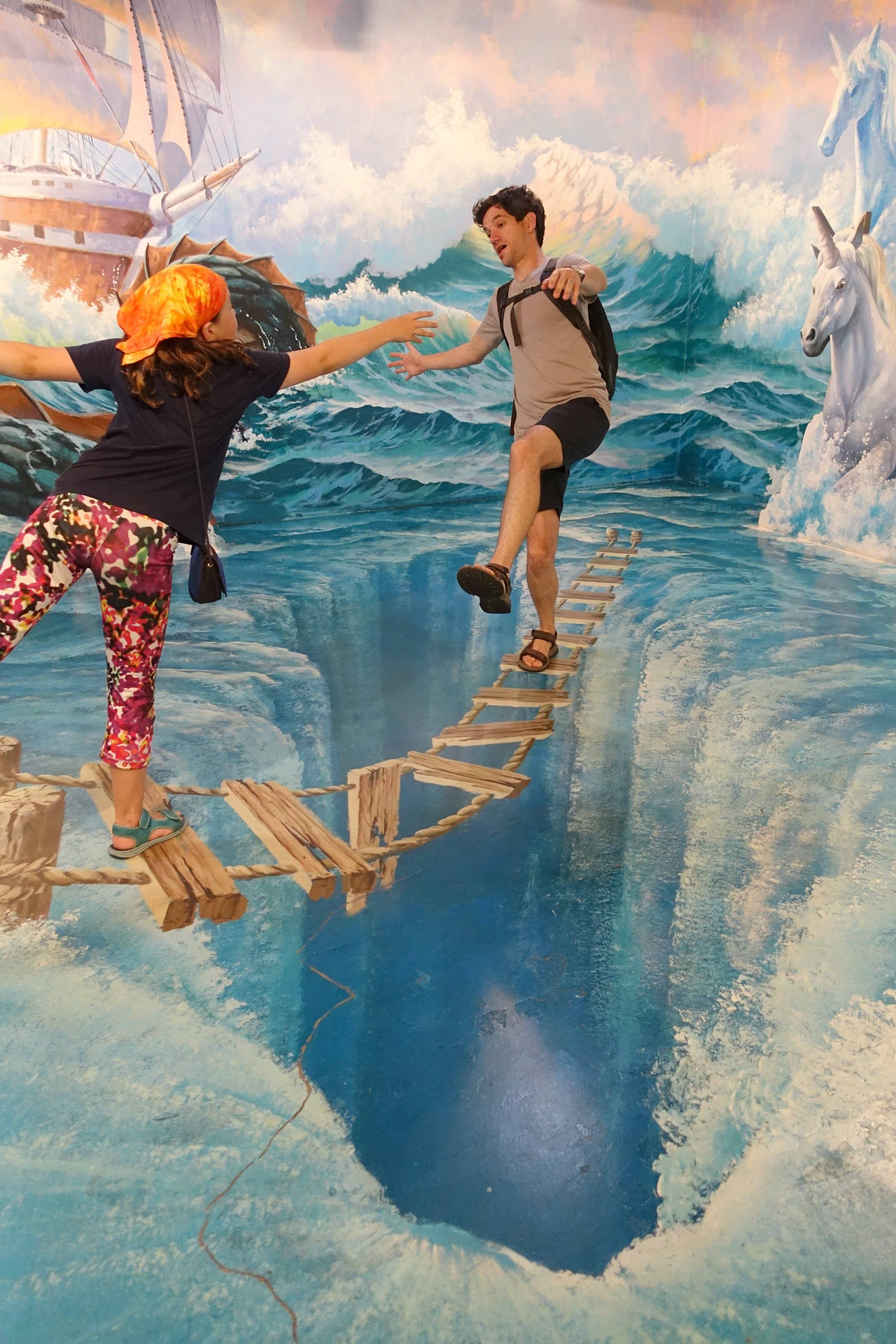 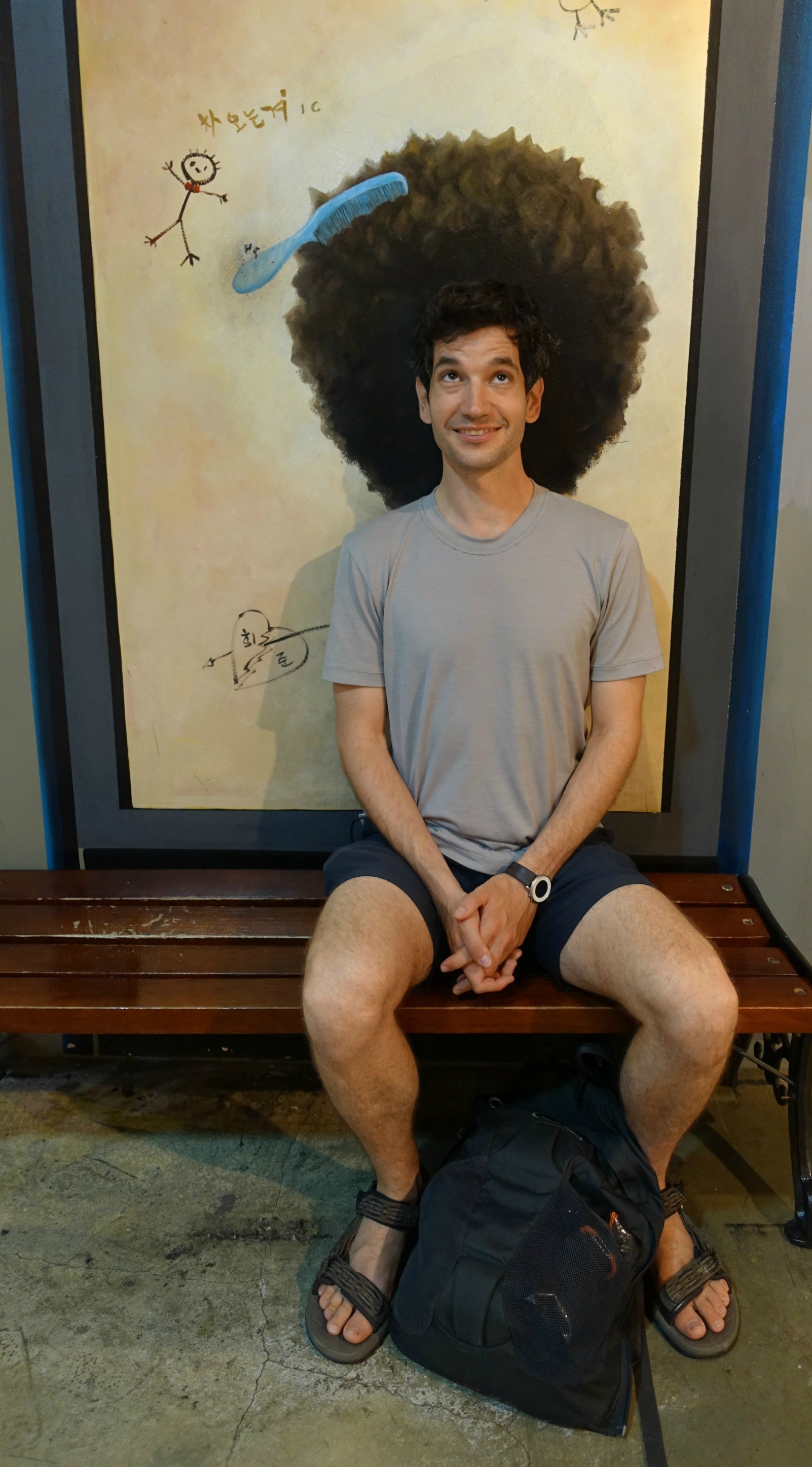 We enjoyed Seoul, but were also very excited to head home. Only 8413 kilometers away!

Kate’s book recommendation: I like to read books set in the places I visit for additional context, history, and color.Â For South Korea,Â I read The Girl Who Wrote LonelinessÂ by Kyung-Sook Shin. UnfortunatelyÂ I didn’t like it, so I don’t have a recommendation for this country.