The main goal in China was to visit the Great Wall. Kate had visited the Badaling section during her previous trip to Asia, but I’d never been, so we scheduled a few days in Beijing. Originally we planned to see other sights like the Forbidden City, but that changed when we cut a day to stay longer in Kyrgyzstan. Ultimately the only thing we did was visit the Wall, but it was interesting enough to be worth it. 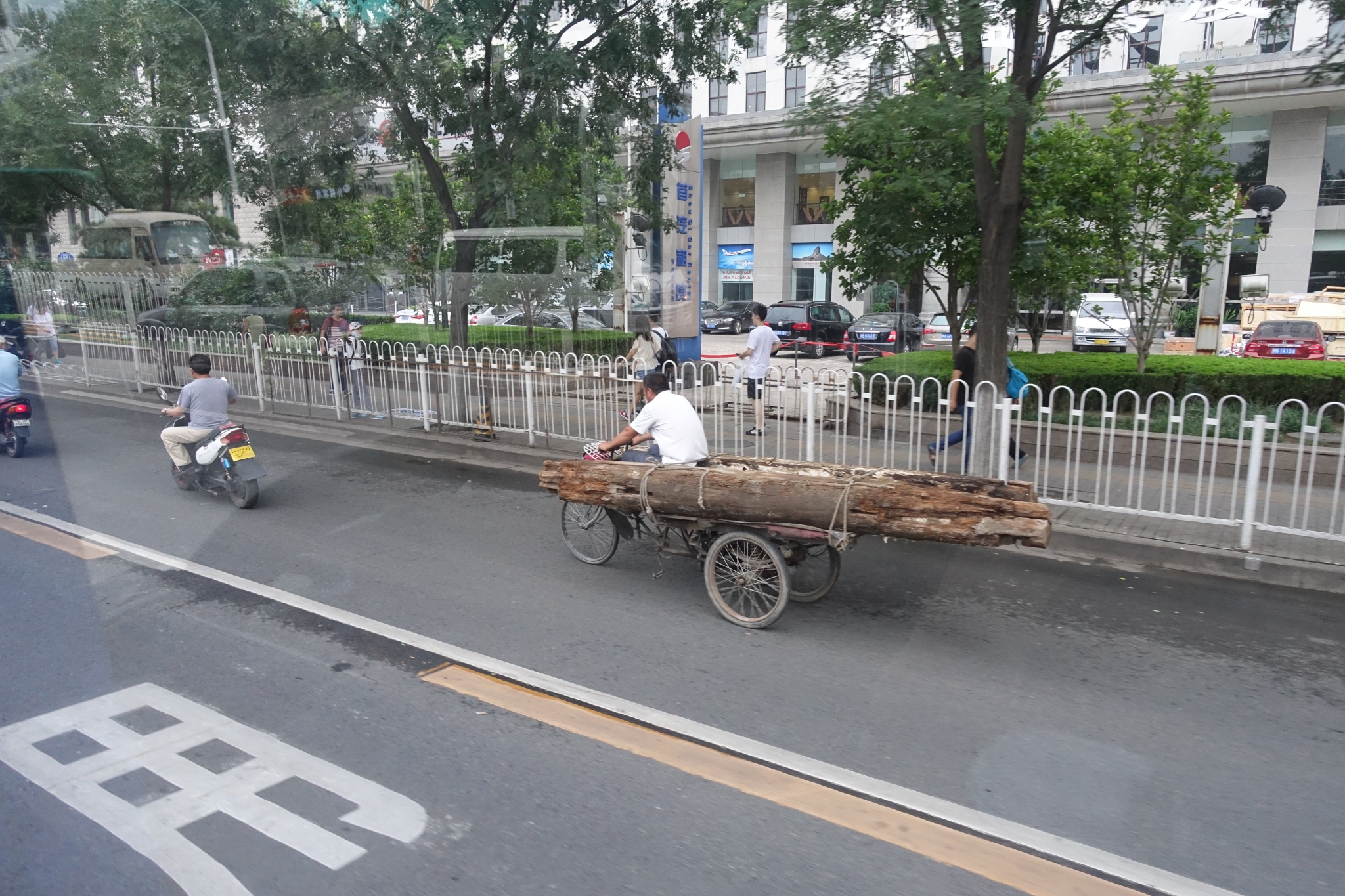 All kinds of vehicles on Beijing highways

We visited the Mutianyu part of the wall. This section has been restored recently, but that didn’t detract from the incredible views and majesty of the site. This is still a giant brick wall built on top of a mountain, and it’s impossible to see it without imagining the massive effort that originally put it there almost 1500 years ago. If you get bored thinking about that, you can look both directions and imagine that the 2.2 kilometers you see is 0.03% of the 6000 kilometers of wall, and that’s enough to make any mind boggle.

When we arrived at the wall, I headed west to the unrestored Jiankou section, while Kate and Ruby stayed in the Mutianyu area.

I was able to walk unhindered until watchtower 23, where the path is bricked up and any further progress must be made “of one’s own will” (according to the nearby vendor’s translation app). After vaulting over the barrier, I encountered two more vendors catering to hikers on the way to Jiankou, so apparently it was expected that some people would continue.

Soon the wall became more clearly original, with huge granite stones bearing marks of hand tools, and more difficult to traverse. Nature was slowly returning the area to its original state. By this point I was totally alone, and thinking about the consequences of falling in a place where I had no cellphone service and no companions to send for help.

The path was narrow and treacherous at times, requiring careful footwork, and the steep stairs and ramps were aerobically demanding.

Ultimately I made it to the part of Jiankou called Ox Horn Edge, a watchtower at the top of a long ramp that I could only climb by grasping the wall and pulling myself up. By this time I was exhausted but proud and totally immersed in the atmosphere of the place. I wanted to continue west, but I had to head back to catch the tour bus.

The rugged terrain of the path between Mutianyu and Jiankou made it far more interesting to me than the restored area. If you’re trying to decide which section to visit, I recommend giving Jiankou a try.